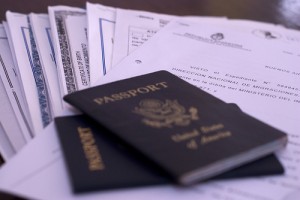 Billy Crystal said in, When Harry met Sally, “When you realize you want to spend the rest of your life with somebody, you want the rest of your life to start as soon as possible.”  Many adoptive parents of international children want the rest of their life with their new child to begin as soon as possible.  For the most part, the last hurdle to the rest of their lives is US Citizenship.  The question of when an internationally adopted child becomes a citizen is both legal and practical in nature.

The legal question is actually the easier of the two questions to answer.

(1) At least one parent of the child is a citizen of the United States, whether by birth or naturalization.

(2) The child is under the age of eighteen years.

(3) The child is residing in the United States in the legal and physical custody of the citizen parent pursuant to a lawful admission for permanent residence.

Children who enter the U.S. with full and final adoptions from the country of origin, on IH-3 and IR-3 visas, are automatically sent Certificates of Citizenship from the United States Citizenship and Immigration Service to their parent’s U.S. address without requiring any additional forms or fees. Parents who bring their child home under IH-3 and IR-3 visas finalized their adoption in their native country and often want to go through the re-adoption process in their home state. This process is not always mandatory and can be state specific, but the process can allow adopted children to apply for a state issued birth certificate.  Re-adoption is at its essence a domestic adoption and may require the legal guidance of a qualified attorney. 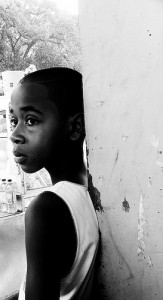 Children who enter the U.S. on IH-4 and IR-4 visas and will be “re”-adopted in the United States, automatically receive a permanent resident green card.  These families find it necessary to acquire proof of citizenship after the domestic “re”-adoption is complete.  The United States Citizenship and Immigration Service will issue these children a Certificate of Citizenship through the process of filing a Form N-600, once the local adoption is finalized.  The cost of filing the Form N-600 is $550. Another way of attaining proof of citizenship is by obtaining U.S. passport for your child. This avenue is far less expensive than the certificate process and is more practical because the passport can be used for travel.  Information concerning obtaining United States passports is available on the U.S. Department of State website: www.travel.state.gov.

Older children who enter the U.S. on IR-2 visas automatically acquire U.S. citizenship upon entry to the United States if they meet the requirements previously mentioned and may apply for a Certificate of Citizenship by filing a Form N-600.  Children who are over 14 years old will be required to take an oath of allegiance before obtaining the certificate.  If the child is over 18 years old they become permanent residents, receive a green card and can apply for naturalization when eligible.

In summary, there are two basics paths by which an internationally adopted child will enter the U.S.  Either the adoption will be finalized abroad or only guardianship will be granted abroad (requiring the adoption to be finalized in the U.S.).  By way of example, Hungary is a country that grants a full and final adoption in-country, and Uganda is a country that only grants guardianship.

If the adoption is finalized in the country of origin (i.e., where the child was born) then the child will be automatically granted U.S. Citizenship upon their entry into the U.S.  (in these cases, the child usually enters on an IH-3 or IR3 visa; but see adoptions where only one parent is present at finalization, e.g. many Ethiopian adoptions; contra Bureau of Consular Affairs).  The child is automatically issued a Certificate of Citizenship and this serves as proof of citizenship.  Families often wish to “re”-adopt in State Court to obtain a U.S. birth certificate.

Only Guardianship Granted Abroad – Must be Finalized in the U.S.

If the country from which the child is adopted merely issues a guardianship order (or the functional equivalent), then the adoption will have to be finalized in State Court in order to obtain U.S. Citizenship (in these cases, the child usually enters on an IH-4 or IR-4; but see adoptions where only one parent is present at finalization, e.g. many Ethiopian adoptions; contra Bureau of Consular Affairs).  Proof of citizenship can be acquired by obtaining a Certificate of Citizenship or U.S. Passport.

1.  “Before Your Child Immigrates to the United States”

3.  “After Your Child Enters the United States”

4.  How to obtain a social security number for an internationally adopted child

Chad Harrison has been a pastor for 16 years and is currently the founding pastor of EastLake Community Church in Montgomery, Alabama. He graduated from Princeton University with a BA in Economics, from New Orleans Baptist Theological Seminary with a Masters of Divinity and is currently a second year law student at Faulkner University’s Thomas Goode Jones School of Law. Chad has been married to Kathleen for twenty years and has two daughters.