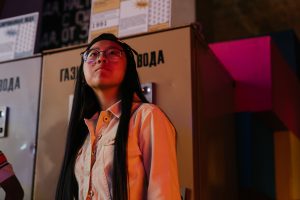 Once a juvenile court finds that a child is dependent, someone wishing to challenge the finding on grounds that there was not enough evidence must make a specific kind of motion and seek an appeal within a certain number of days. It is important to understand the rules that the appeals court uses to review matters decided in the juvenile court. Under these rules, if clients do not do what is necessary to preserve an argument for appellate review, they will be unable to appeal an issue after the juvenile court issues its final judgement.

As background for the case, in September 2019, the child’s custodian filed a petition in juvenile court requesting custody of the child and alleging that the child was dependent. The juvenile court entered a judgement granting custody to the custodian and finding the child to be dependent on February 21, 2020. The court did so, however, without making specific findings of fact.

The mother challenged the juvenile court’s judgment. But she argued only that the custodian was unfit to have custody of the child and that it would not be in the child’s best interest to reside with the custodian. Importantly, the mother did not challenge the sufficiency of the evidence supporting the adjudication of the dependency.

Later, when the mother tried to appeal the juvenile court’s judgment, she argued that the decision was not supported by the evidence. But, in Alabama, when a dependency judgment does not state specific findings of fact, the party challenging the finding must raise the question of sufficiency of the supporting evidence in a post-judgment motions. Otherwise, the question is not preserved for appellate review. The mere finding that the child is dependent is, alone, not enough to be a specific finding of fact. 1

Stated in legal terms, in Alabama cases where a jury is not the factfinder and the court makes no specific findings of fact, a party must move for a new trial or otherwise properly raise any questions relating to the sufficiency or weight of evidence to the trial court to preserve any questions about sufficiency of evidence for appellate review.2

In K.M. v. S.R., the appellate court affirmed the trial court’s holding that the child was dependent because the mother failed to properly preserve her argument for appeal. According to Alabama law, a party in juvenile court must raise the issue of sufficiency of evidence supporting a finding of dependency where there were no specific findings of fact in the court’s judgement to the trial court or move for a new trial for the issues to be preserved for appellate review. The

mother did not raise these issues to the trial court in any of her post judgment motions and therefore did not preserve the issue for review.

A.M. v. S.R. teaches us two important lessons: (1) it is critical to preserve an issue for appellate review if a party wishes for the matter to be reviewed by the appellate court and (2) a person must raise the issue of the sufficiency of evidence regarding a finding of dependency to the trial court in post-trial motions if it was decided by a factfinder that was not a jury.

Circuit Court or Juvenile Court: Which has Control, and Why It Matters A.M. v. A.K., Alabama Court of Civil Appeals, September 18, 2020
Next Post: How Much Does Adoption Cost | Podcast