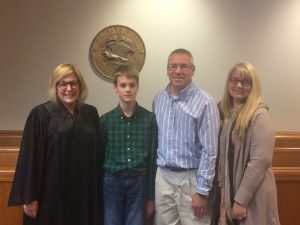 A Day in the Life of an Alabama Adoption Attorney: 2 Cities, 3 Kids, 2 Courts

My day started early (for me) – downtown Montgomery, 8:00 am sharp. My clients, an adoptive couple adopting two brothers from Montgomery’s foster care system, were meeting me to sign one last document and get ready for court at 9:15.  I like having some time for a “walk-through” with the adoptive parents before court and meeting at my office gave us some space to speak in confidence.

We arrived at the Montgomery County Probate Court about 15 minutes early. The adoptive parents brought a big crowd with them: the two adoptee brothers, two of the adoptive parents’ biological children, and three social workers.

The court was running a little behind schedule, so we had to wait until about 9:45 before being called into the court room (not unusual in any county).  The hearing went quickly after the judge, Judge Steven Reed, came into the court room. He announced that he was running behind schedule and wanted to expedite the hearing.  So, I gave a brief overview of the two cases, called the adoptive mother to the stand, badda-bing-badda-boom … and the court was satisfied that there was enough evidence to grant the adoption.

We took pictures and chatted with Judge Reed while the clerk ran to the back to get the Final Decrees of adoption ready.  By 10:00 we were done. With Final Decree in hand, a long journey for two boys and the adoptive family was over. The brothers had permanency with a new name.

10:00 was good timing for the court hearing to wrap up.  I walked briskly back to my office a couple blocks away; packed up my things and got on the road for Birmingham.  I stopped for lunch to meet the Executive Director of one of my favorite adoption agencies.  We met at a Japanese restaurant that made me feel like I was in the Netflix series, Man in the High Castle. We caught up on progress with each other’s organizations, current news in the adoption world, and shared an affectionate man-hug before wishing each other the best and parting ways.

My next stop was downtown Birmingham’s Revelator Coffee (one of my favorite) to meet the local leader of an adoption fundraising organization. Just when I thought I knew everything about Alabama’s adoption landscape, I met this guy: pastor of a local church and volunteer leader of an organization that picks one adoptive family each year and attempts to raise all the money that this family will need for their adoption journey.

I had never heard of the organization or the concept 48 hours ago, and this guy was blowing my mind. There are lots of adoption funding organizations out there, but this had a real local Alabama support base and local Alabama culture. I loved it – and I loved the concept of focusing on just one family. That’s tangible – that’s something the average-not-adoption-nerd-person can get behind.

Next stop was court, but not before a much needed 20-minute power nap in the car (thanks to the recommendation of my first adoption client of the day … after telling her how tired I was from my own early morning baby duty).  I felt rejuvenated and ready for anything.

Court was scheduled at 2:45 at the Jefferson County Probate Court on Richard Arrington Jr. Blvd. N.  This couple was adopting there (almost) teenage son whom they had been parenting since he was an infant.  The court hearing was easy because Judge Friday is a wiz on adoption. She has a well oiled machine and everything was prepped and ready to go days in advance.

If you’ve never met Judge Friday, you need to. It’s a valuable experience in and of itself. I told my clients today that she is like a sweet grandmother that smells like warm chocolate chip cookies.  (She’s also chewed me out in open court for improper conduct … for the record). She really is a blessing to the adoption community in Alabama.

After about a 5 minute hearing badda-bing-badda-boom … the adoption is granted and the Final Decree is in hand. I spent a few minutes with the newly-minted adoptive family after the hearing to unpack the next steps. answer a few questions, and chat about our mutual love for thrift stores.

Both families today really are A-plus people: the kind of people you wold put in your will to raise your own children if something should happen to you. I love my job. Partly because the caliber of clients that I get to work with.  It truly is a tremendous honor and privilege to help them on their journey. 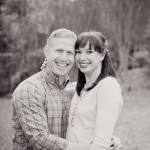 Montgomery Area Foster and Adoptive Parent Association: Roll Up Your Sleeves and Get to Work in 2019
Next Post: Heart Gallery Alabama – Adoption in Alabama – Find the Need