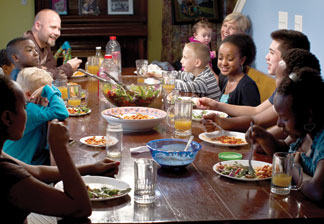 Gabrielle and Shannon Fessenden have two biological children, but they knew they wanted a bigger family. Gabrielle was searching for kids who needed a new home in Michigan where the family resides. She found three brothers and sisters whose mother had her parental rights terminated. Gabrielle brought it up with her husband, Shannon, who originally did not approve. Around a year later the siblings Jordan, Jay, and Myah were officially part of the Fessenden family.

The Fessenden family was now a family of 7, but that would soon change. In May of 2014, close to 18 months after the adoption was finalized, Gabrielle received a phone call that the biological mother of the kids she adopted just had another baby. In December of 2014, Jericho became part of the Fessenden family. A year later the family got a call that the mother was having a baby girl and Gabrielle and Shannon quickly jumped on adopting Briella. Close to two years later, Shannon received a call from the agency they had been using to adopt the siblings. The agency said that the mother was having another boy named Mason. Shannon said, “yes”, to taking care of Mason before even talking to his wife. Thankfully, Gabrielle agreed with her husband’s decision to adopting Mason. Mason was born with Alcohol Fetal Syndrome, and has since needed occupational therapy, feeding therapy, and has severe asthma.

It is now 2019 and the Fessendens are a family of 10 with 6 adopted and 2 biological children. Gabrielle describes her family as, “It’s never quiet. There’s lots of love and chaos”. Their children’s ages range from the oldest, Jordan, who is now 15 to the youngest, Mason, who is now 2 years old. 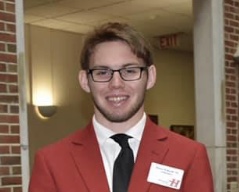 My name is Pierce Erhardt and I grew up just a little north of Atlanta, Georgia. I went to a small private Christian school my whole life where I began my wrestling career. I was given an opportunity to continue my wrestling career at Huntingdon College another small, private Christian school located in Montgomery, Alabama. I am now a rising Senior getting ready to receive a bachelor’s degree in both Business Administration and Sports Management. I’ve always had the idea of going to law school, and to one day work at a law firm. This idea is what brought me here to The Adoption Law Firm in Montgomery, Alabama. I have been given a great opportunity to intern with adoption attorney Sam McLure, where I have gotten to see some of the ins and outs of how adoptions work.

Importance of Adopting a Child with Down Syndrome
Next Post: South Alabama Probate Practice CLE