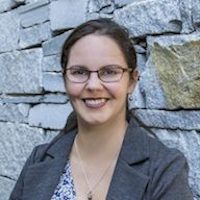 We are thrilled to announce our new Associate Attorney, Susan M. Brown, to the Adoption Law Firm Team!

Susan M. Brown has practiced law since 2003. She joined The Adoption Law firm in 2020. Susan has a heart for children, born and unborn. She is a former President of Alabama Lawyers for Unborn Children, Inc.

Susan is married to Michael Brown. They have two young children, Michael and Maggie. They attend Our Lady of the Valley Catholic Church in Birmingham.

Susan is a member of the Alabama State Bar and is admitted to practice before the United States Court of Appeals for the Eleventh Circuit and the United States District Courts for the Northern, Middle, and Southern Districts of Alabama. Susan is currently a member of the Birmingham Chapter of the Christian Legal Society and of the Federalist Society. She has served as Chairman and Vice-Chairman of the Appellate Practice Section of the Alabama State Bar.

Susan began her career at Wallace, Jordan, Ratliff & Brandt, LLC in Birmingham, Alabama. In August 2006, she went to work for Justice Robert Bernard Harwood at the Alabama Supreme Court. When Justice Harwood retired in January 2007, Susan worked as a staff attorney for Presiding Judge William C. Thompson at the Alabama Court of Civil Appeals. In August 2008, Susan returned to the Alabama Supreme Court to work as a staff attorney for Senior Justice Champ Lyons. Upon his retirement, she worked again at Wallace Jordan from January 2011 to December 2020 in the area of appellate litigation and complex legal writing. From 2008 to 2016 Susan also taught an advanced legal writing course at Cumberland School of Law.