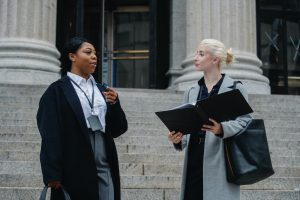 Trial courts often decide not to have a hearing when one party challenges its decision in a postjudgment motion. Parties who have gone through the trial process can become so exhausted that avoiding yet another hearing seems a relief. But the trial court’s decision can lead to a reversal on appeal in certain circumstances. Parties should remain vigilant if they want to preserve, or challenge, a trial court’s judgment.

Recently, the Alabama Court of Civil Appeals decided a case between a father and daughter. The daughter had filed for a protection-from-abuse (PFA) order against her father in the Lauderdale Circuit Court in order to prevent him from having any contact with her. She claimed that in 2014, the father had sexually assaulted her and told her that “[he] could see her naked whenever [he] wanted to,” and since then had abused her by stalking her, yelling at her during her high school graduation, contacting her college attempting to get information about her, and continuously sending her emails despite her asking him to stop. The daughter also complained about her father attending events she was at, though she did not testify that he had talked to nor threatened her at any of these events. After a delay, the original trial was held on November 7, 2019 and on November 22, 2019, the trial court granted the daughter’s petition for a PFA. It ordered the father to cease contact with the daughter and prevented him from attending events held by her college. The father filed a timely post-judgment motion challenging the PFA. He argued that his daughter had not presented sufficient evidence of abuse to warrant such an order. The trial court denied his motion without a hearing.

These circumstances led the father to appeal to the Alabama Court of Civil Appeals with two issues: “[1] whether the trial court erred in concluding that the conduct alleged by the daughter amounted to an act of abuse warranting the entry of a PFA order and [2] whether the trial court erred in failing to hold a hearing on his post-judgment motion.” In response to the first issue, the daughter supplied multiple e-mail conversations. However, most of the messages were seen by the court as harmless reminiscing by the father about a memory he shared with the daughter, such as fishing, or about the daughter’s college plans. In fact, the court believed that the daughter’s tone in some of her e-mails seemed harsher than anything sent by the father. For the stalking allegations to support a PFA, the father must be found guilty of stalking under Ala. Code 1975, § 13A-6-90(a), either in the first or second degree. The Court of Civil Appeals questioned whether the evidence showed any threat of harm to support such a finding. However, the Court did not decide the issue.

Instead, in response to the second issue, the Appeals Court quoted Rule 59(g) that “posttrial motions “remain pending until ruled upon by the court … but shall not be ruled upon until the parties have had opportunity to be heard thereon.”” However, the Appeals Court also noted that “[t]he failure to hold a hearing on a posttrial motion is not always [a] reversible error” and is harmless if “(1) there is … no probable merit in the grounds asserted in the motion,” as stated in Historic Blakely Auth. v. Williams, 675 So.2d 350, 352. Therefore, the Court had to determine if the father had probable merit for his motion in the trial court.

This case has two important lessons: (1) while trial courts often do not hold hearings on postjudgment motions, it can be important that they do to make it less likely the decision will be overturned on appeal; and (2) PFA orders must be supported by the evidence required by statute.

John Forrest was born and raised in Montgomery, AL and is attending Auburn University at Montgomery. He is an exercise science major with a minor in Strength & Conditioning. John is a recent convert to Christianity and is excited to grow more in godliness and holiness. He hopes to attend law school after he graduates so that he may become an attorney and become an ambassador for Christ in the courtroom.

How Do You Fund an Adoption?
Next Post: DHR may enjoy immunity for its actions—if it acts in good faith.