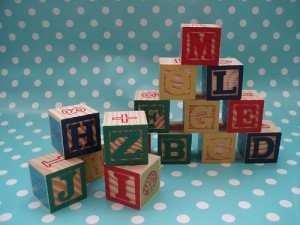 **Click here to view the full Orphan-Law Update in a new tab.**

The first case on the cue is J.S. v. J.C. and C.C., 2140065 (May 8, 2015), penned by Judge Moore.  The central issue of the case revolves around whether the biological father properly preserved for appeal the issue of lack of representation.  The Court of Civil Appeals (Civs) determined that this issue was properly preserved for appeal and remanded the case for the trial court to determine if the biological father was indigent at the time of the final judgment.

The child in this case, K.T.S., was apparently being cared for by his/her maternal aunt and uncle, J.C. and C.C.  The opinion doesn’t give us any window into the facts of the case, but whatever was transpiring, J.C. and C.C. asked the trial court to terminate the biological father’s parental rights.

The case began with the biological father retaining his own counsel.  However, things quickly spiraled out of control.  The retained counsel withdrew from the case, citing the biological father’s imprisonment, inability to pay, and request for the court to appoint him an attorney.  The trial court granted this request to withdraw and noted the father’s request for a court-appointed attorney.

According § 12-15-395, Code of Alabama,” the juvenile court was required to inform the father of his right to be represented by counsel, and, upon a determination of indigency, the  juvenile court was required to appoint the father counsel if he was unable to retain his own counsel for financial reasons.”  The maternal aunt and uncle argued on appeal that the biological father was required to make an affirmative request for counsel (although it appears he did in fact do that).  The Civs disagreed and held that by simply informing the trial court of his lack of financial resources, the trial court was bestowed an affirmative duty to review “the father’s status to determine whether he was entitled to appointed counsel.”

The take-a-away for practitioners is to shore-up our thinking on due process for biological parents.  The sanctity and primacy of biological parents’ rights have been affirmed from antiquity past. In order to protect these rights, our legal system provides a plethora of protections: including, in this case, robust mechanisms to ensure that any biological parent who wishes to have an attorney represent them being so be afforded one.

The second case of the week is A.D.J.D. v. Cullman Co. DHR, 2140287 (May 8, 2015), penned by the admirable Judge Thomas. This case is presents another example of the importance of safeguarding the parental rights of biological parents – albeit from another angle.  The trial court found the child in the case dependent, relieved DHR of its duty to provide services to the family, and awarded custody the child to one C.M.

On appeal, the biological mother argued that her due process rights were violated because the trial court failed to establish clear and convincing evidence in finding the child dependent.  In fact, the record indicates that the trial court heard absolutely no evidence and the biological mother was not properly notified as to the nature of the proceedings – prior to the day of the hearing.

The Civs analysis in reversing the trial court was aided by the letter brief filed by DHR, basically agreeing with the biological mother’s argument.  In reaching this decision, the Civs cite the family-law catechism, “[a] parent must have notice of the issues the court will decide in order to adduce evidence on those issues before the court, to give the court a basis from which a determination most beneficial to the child can be made.”

The take-away for the child-welfare community is to be meticulous in following procedural requirements.  A biological parent may be the worst person in the world, but if their due process is not protected, the trial court’s decision will not stand on appeal. 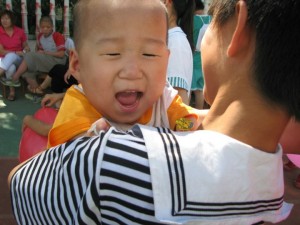 The last case of the week is L.W. v. Cullman Co. DHR, 2140288 (May 8, 2014), penned by Presiding Judge Thompson.  This case is almost identical to the previous case A.D.J.D..  This issue is the same, the outcome is the same, and the Cullman County Juvenile Court is the same.

The trial court took custody of a child away from the mother and give custody to a non-biological caregiver.  However, the mother did not receive notice of the proceedings and the trial court entered the order without receiving any testimony.  Also, similar to A.D.J.D., DHR filed a letter brief admitting that the trial court had failed to protect the mother’s due process in these areas.

So, the decision was simple for the Civs … reverse the trial court … and the solution should be simple also.  The trial court needs to start giving parents notice and an opportunity to present evidence.  But, two decisions in the same week from the same trial court on the same issue makes me scratch my head … what’s going on in Cullman County?