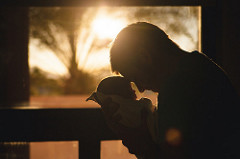 What is a Putative Father Registry?

The Alabama Adoption Code defines a putative father as, “the alleged or reputed father.” A state’s Putative Father Registry serves to protect the rights of birth fathers in the case that their child is put up for adoption. According to Alabama DHR, “the registry was set up for men who think they may have a child born out of wedlock to register so they will receive a letter notifying them if that child is being adopted. Then the father can contact the court if he disagrees with the adoption of that child.”

The Putative Father Registry works like this: a man sleeps with a woman out of wedlock. The man then begins to think about the possibility that this woman could be pregnant. He goes online and registers with the Putative Father Registry in his state. He tells them as much as he knows about the following: his personal information, any information he may know about the mother, and when the child could have been conceived or if he knows the child has been born, the child’s date of birth and place of birth. Again, all of this is however much he knows. It is quite possible that the only thing the man could know is his own information and the date of his encounter with the mother.

In addition to filling out the putative father registry form, he also has to fill out a “Child Support Obligation Income Statement” to attach with his registry. If he is indeed the father, then he has a responsibility to pay support for his child. In order to be a putative father, a man must register himself on the Putative Father Registry prior to the child’s birth or within 30 days after the child’s birth.

After both of these forms have been filled out, notarized, and sent to the state, the man is then put on that state’s putative father registry to be notified if a child that may be his is going through the process of adoption. However, registering yourself does not make you the legal father of any child who matches your information. In order to actually have the rights of a birthfather to contest the adoption, paternity tests must be done to prove that the child in question is in fact the child of a certain putative father.

Many of you may be sitting with your mouth wide open like I was when I first heard about the Putative Father Registry. The fact that this registry exists may seem strange or sad, but the fact of the matter is that there is a real need for this registry and it helps a lot of people in our state. The system, however, could stand to be vastly improved. What happens if a mother crosses state lines? What if the father doesn’t even know which state the mother resides in? What if he knows nothing about the mother, not even her name? Does the putative father need to register in every state the mother could be in? Each of these questions will be addressed in the coming weeks.

To register yourself for Alabama’s Putative Father Registry, or for more information, you can visit: