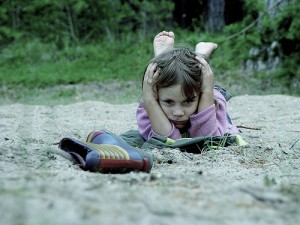 Did you know that the Christian Church has a robust history of orphan care?  And adoption is a big piece of that picture.

“When we first meet the mention of the adoption and bringing up of foundlings, this work appears not as a novelty, but as one long practiced.”  The research of Dr. John Aloisi points out that “[e]arly church history is replete with references to the fact that believers, and especially church leaders, were involved in orphan care.” A most remarkable historical artifact is how central orphan-care was thought of in relation to a healthy and genuine Christian orthopraxy. In fact, writing around 110 AD, Ignatius warned the church in Smyrna about men who held heretical opinions about the message of Christianity. Ignatius warned the church that these men were “contrary to the mind of God,” and could be identified, in part, by the lack of concern for the orphan. We can see this principle reiterated in the contemporaneous writing, Epistle of Barnabas, wherein the author describes indifference towards orphans as a mark of those hostile to the church:

It is the way of persecutors of the good, of those who hate truth, love a lie, do not know the reward of righteousness, do not adhere to what is good or to righteous judgment, who ignore the widow and the orphan…have no mercy for the poor, do not work on behalf of the oppressed, are reckless with slander, do not know the one who made them, are murderers of children…who turn away from someone in need…utterly sinful.

The practical application of this principle is profound. Do you question whether preacher so-and-so maintains a heretical position? Look to his orthopraxy—does he have concern for the orphan? Or, the application for minister so-and-so; are you being accused of heresy? If you can hold up a lifestyle of care for the orphan, you have tipped the scales one degree in favor of your vindication.

Such a rhetorical model may at first seem invalid as an ad hominem fallacy. However, remember Job’s discourse with his accusers. The accusation of someone’s argument being invalid because of the lack of concern for the orphan was hurled at Job, and Job hurled the same argument back at his accuser. Whether such progression is logically invalid, caring for orphans is certainly a fruit by which a tree may be known.

As the church continued to grow in maturity, around the year 110 AD, Polycarp extended these orphan-care principles to hail that in order to qualify as an elder or presbyter, a man’s life must be marked by active care of orphans: “The presbyters, for their part, must be compassionate, merciful to all, turning back those who have gone astray, visiting all the sick, not neglecting a widow, orphan, or poor person, but always aiming at what in honorable in the sight of God and of people.”

Justin Martyr’s observations around the same time coincide with Polycarp’s presbyter-requirement. Justin Martyr described a Christian worship service as progressing from celebrating the Lord’s Supper to money being deposited with “the bishop, who takes care of the orphans” and other socially vulnerable persons – looking after “all who are in need.”

In the third century, the Didascalia Apostolorum gives even more specificity to the orphan-care criteria for qualification to the office of elder. Dr. Aloisi explains that [o]ne of the requirements in this list is that the candidate has been known as “a father to the orphans.” This document then goes on to describe a suitable candidate for the bishopric as one who has been “a lover of toil, a lover of widows, a lover of orphans.”

Furthermore, we can see the examples and admonitions of “average” Christians to live-out their faith by visiting orphans in their affliction. In the Apology of Aristides the Philosopher, written around 125 A.D., Aristides writes to Caesar Hadrian, arguing that Christianity is superior to other world-views. Aristides makes his case, in part, by show the unblemished good works of the average Christian; which includes the simple fact that “they deliver the orphan from him who treats him harshly.”

The fourth century Apostolic Constitutions gives instruction to the church for caring for a child of the church who has become an orphan. The Apostolic Constitution teaches that “he or she should be adopted by ‘one of the brethren…for they which do so perform a great work, and become fathers to orphans, and shall receive the reward of this charity from the Lord God’ (4.1.1).” So important was orphan-care to the mark of a follow of Christ in the early church that “[a] number of early (post-Constantine) burial inscriptions speak specifically of church leaders engaged in the care of orphans, of Christian orphanages for foundlings, and of church funds being used to support the care of exposed infants.”

Now, let’s pause here to remember that there is only one Bible, and neither these writings nor the historical examples are included in it. As such, they should not be held to have the same authority. However, these respected church fathers’ opinions should be held as persuasive. Especially when the “democracy of the dead” speaks with such uniformity. In summation, care of orphans was no passing fancy of the early church. Lack of orphan care was a mark of a heretic, positive engagement with orphan ministry was a requirement for the office of elder, and the average Christian’s acts of caring for orphans served as a persuasive apologetic to the surrounding pagan world.

Excerpts taken from The End of Orphan Care, and footnotes omitted.