When you think of adoption, you think of children in need of a home, with adoption agencies more than willing to help adoptive parents start the process. Unfortunately, there are some people out there who want to take advantage of parents seeking to provide a good home to children in need. That’s what one woman did in New Haven, Michigan.

Tara Lynn Lee, 38, had been scamming couples seeking to adopt across the country for over 4 years. Operating her fake adoption agency under the name of “Always Hope Pregnancy and Education Center”. Lee received more than $2 million dollars from couples, which she used to buy personal items such as luxury jewelry and designer handbags. On February 27, of this year, Lee was sentenced to over 10 years in federal prison for wire fraud, the maximum sentence that guidelines would allow. Residing U.S. District Court Judge Bernard Friedman called it “the worst case he had ever seen.”

In addition to the prison sentence, Lee must provide over $1 million in restitution to the families harmed by her scams.

“I wanted her stopped because I didn’t want anyone to feel the pain that I felt,” said Cortney Edmond of Colorado, one of the three mothers responsible for helping law enforcement bring Lee in.

One way Lee would scam families was through having adoptive parents pay in advance for supposed birth mother adoptions, only to be informed on the date of birth that the child had died shortly after being born. While the families went through the pain and torment thinking they had lost a child, Lee made a quick buck knowing the child had never existed.

“She broke her victims’ hearts, over and over again. In some cases, she stole her victims’ ability to become parents,” Assistant U.S. Attorney Sara Woodward wrote in a sentencing memo. “It is impossible to quantify the emotional and psychological pain that she caused to countless families.”

It is important to identify real adoption agencies and firms that are transparent and verifiable. We at The Adoption Law Firm want to provide you with the information necessary to bring home a new member of your family the right way. Call us and set up a consultation today. 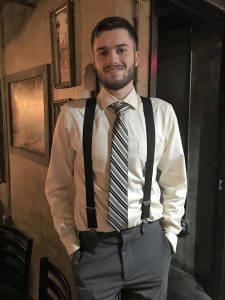 My name is John Pierce Lemire. Born and raised in a Christian home in Alabama, I have always had a strong passion for justice. Spending most of my education being home schooled, I had the opportunity to compete in Speech and Debate Tournaments across the country during my high school years. The invaluable experience I gained through Speech and Debate led me to pursue a career as a lawyer. Having graduated high school, I am now a Junior studying a Bachelor of Science in Economics at Auburn University At Montgomery, with plans to attend Law School and become an attorney.

PRO-LIFE PRESS CONFERENCE TO BE HELD IN MONTGOMERY AT THE CAPITOL STEPS ON MARCH 2, 2020, AT 2:30 PM
Next Post: Recent Child Abuse Cases In Texas Related To Stress From COVID-19 »