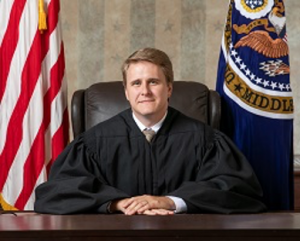 Last year, at the remarkably young age of 38, Andrew L. Brasher was appointed to serve as a United States Circuit Judge for the Eleventh Circuit Court of Appeals. By all accounts, Brasher has had a noteworthy career serving Alabama and maintaining the conservative values that have benefited our state and our country.

In 2011, Brasher became Deputy Solicitor General of Alabama serving under State Attorney General Luther Strange. In February of 2014 Brasher was promoted to Solicitor General, where he served until his first judicial appointment.

President Trump is known for nominating conservative judges, and Brasher is no exception. However, with a nomination from President Trump, strong criticism is almost guaranteed. Brasher’s appointment to the United States Court of Appeals was opposed by the Leadership Conference on Civil and Human Rights and the Alliance for Justicereferencing, among other issues, his stances on LGBTQ rights and Abortion. Undoubtedly, these issues are some of the most controversial in our culture and have had great impact on the societal and legal climate of our day. Brasher’s work in these areas highlights his potential for preserving conservative values from the high office he now holds.

Brasher has taken a firm stance against the militant LBGTQ movement. In his role as Solicitor General, Brasher filed an amicus brief in Obergefell v. Hodges, arguing against same-sex marriages. He argued that since only heterosexual relationships are capable of producing life, they are the only type of relationships capable of providing children with the natural environment for proper nurture and development. In the same role, Brasher filed an amicus brief in Elane Photography v. Willock where he defended the right of the photographer to refuse to take pictures for a same-sex commitment ceremony. He argued that forcing Elane Photography to participate in the same sex ceremony against personal conviction was in violation of the First Amendment ban on compelled speech.

Brasher has also supported and fought for many pro-life policies. On February 25, 2014, Brasher spoke at a pro-life rally in front of the Alabama State House, explaining his heartfelt defense of pro-life legislation in Alabama, saying “The ACLU and Planned Parenthood want a fight and we will give them one.” In addition, Brasher vigorously supported a law which provided for a judge to appoint an attorney to represent the interests of the “fetus” in a case where a minor was seeking an abortion without parental consent. Unfortunately, the law was struck down by the federal court system – the same system over which Brasher now presides. It’s no shocker that Brasher has been heavily criticized by the progressive left for these things. His resiliency under these attacks show his genuine belief in the rights of pre-born persons and a commitment to their defense.

Brasher has a consistent track record of defending conservative values. Discussed above are just two areas in which Brasher has labored for the preservation of liberty in our state. We can have high expectations for the work Brasher will do with the greater responsibility he has been given.

Many U.S. Supreme Court watchers regularly opine about who President Trump would appoint next to the highest court in the country. It would come as no surprise if Alabama’s very own Andrew L. Brasher showed up on the short list. 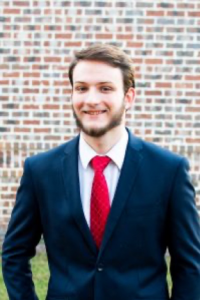 Brennan DePace was born and raised as a pastor’s child and has carried with him the strong Biblical values passed on from his father.  DePace is the youngest of five children who received a rigorous and thorough home-schooled education. He is now a Freshman at Auburn University at Montgomery studying History, with the hopes of attending law school and becoming an attorney.  Depace serves as Legal Assistant to the Hon. Samuel J. McLure of The Adoption Law Firm.