In the case of R.D., Sr. v. S.S. (2180650 Ala. Ct. Civ. App. May 22, 2020) the question of paternity takes center stage. The child in this case was born in 2011. During a period in which the husband (L.G.) was incarcerated the mother (S.S.) cohabitated with another man (R.D. aka the “alleged father”) who later claimed paternity over the child who was born during said cohabitation. On May 7, 2012, the paternal grandmother of the child (R.D.’s mother) filed a dependency motion and requested custody in juvenile court. A year later the husband filed for a dismissal of the dependency motion on the grounds that that child was born during his marriage to the mother, and that he was persistent in claiming fatherhood. The dismissal was not granted, but the court acknowledged the husband as the presumed father. In 2015, the alleged father filed a motion in the juvenile court for DNA testing of himself, the mother, and the child claiming that he was the biological father and sought for his paternity to be recognized. The court initially dismissed this request favoring the legal precedent of fatherhood lying with the husband.

According to Ala. Code 1975, § 26-17-204(a)(1), when a married woman gives birth to a child the presumed father of the child is the husband even if he is not confirmed to be the biological father. If the husband wants custody of the child and has shown a consistent pattern of being financially and emotionally involved in the child’s life then, even if another man claims paternity of the child, legally the husband is still considered the father. In Ex parte Presse, 554 So. 2d 406 (Ala. 1989), the court ruled that the fatherhood of the husband may not be challenged if he has shown to have fulfilled his paternal role and expressly wishes to continue in such role.

In the case of R.D., Sr. v. S.S. the alleged father appealed to the Alabama Civil Court of Appeals on the grounds that the husband was not persistent in his status of fatherhood, and because of this the court should conduct an evidentiary hearing in order to obtain facts relevant to the question of paternity (including the DNA testing). The court reversed the Juvenile Court’s judgement denying the alleged father’s motion claiming paternity with an order that the court must conduct further proceedings that would lead to a more insightful conclusion as to the husband’s status of “presumed father”.

As this case illustrates, the law in regards to paternity can often be difficult to interpret. The Juvenile Court adjudicated the fatherhood of the husband without thoroughly examining whether or not the husband met the requirements of presumed fatherhood; i.e., did he persist in his claim of parentage. As a result, other parties, namely the alleged father, may have been deprived of due process. 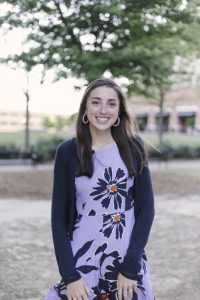 Rachel Dees is from Hoover, Alabama and is currently a senior at Auburn University. She is majoring in Global Studies with minors in Political Science, Philosophy, and Philanthropy and Nonprofit Studies. Rachel has a passion for helping people that stems from devotion to the Lord. She hopes to attend law school in order to further the Kingdom through the practice of law.