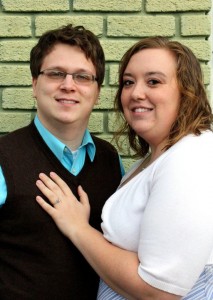 Putative (biological) father law in Georgia is found in Section 19-8-12 of the Georgia Code. This statute requires that a father be given notice and informed of pending adoption proceedings involving his child if one of following conditions is met.:  1.) If his identity is known. 2.) If he is registered on the putative father registry. 3.) If the court finds that the father has either (a) lived with the child, (b) contributed to the child’s support, (c) made attempts to legitimate the child or (d) provided support to the mother during the pregnancy.

After notice is given to the putative father, he must within thirty days file a petition to legitimate the child. If such a petition is not made, the court will enter an order which terminates all parental rights to the child.

When the identity or location of the putative father is not known, despite attempts to locate him, the court will conduct a hearing and will terminate his parental rights if the father never lived with the child, contributed to the child, made any legitimation attempts or provided care to the mother during her pregnancy with the child.

The Georgia code does not require that a mother of a child reveal the name of the putative father. However, the court will require her to state whether the father has in essence attempted to establish a relationship with the child as well as list all financial assistance in connection with the birth of the child or its placement for adoption.

Chris is a graduate of Faulkner University’s Thomas Goode Jones School of Law in Montgomery Alabama; with and expected bar admittance date of October, 2012. He and his wife Kayla reside in Tucker Georgia and attend First Baptist Atlanta.