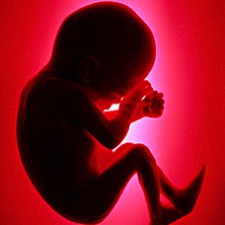 MONTGOMERY, AL — Judge Roy Moore, the Foundation for Moral Law, and The Adoption Law Firm, filed an amicus curiae (“friend-of-the-court”) brief in the United States Supreme Court, arguing that the people of Oklahoma should be allowed to vote to protect the unborn as “persons” under the state constitution.  The Oklahoma Supreme Court in April blocked a pro-life personhood measure, Initiative Petition No. 395, claiming it would be “clearly unconstitutional” under cases upholding the so-called “right” to abortion found nowhere in the Constitution.

Personhood Oklahoma and proponents of the initiative have asked the U.S. Supreme Court to hear this historic case–the first “personhood” case to be presented to the High Court.

“Our Declaration of Independence recognizes that life is an unalienable right endowed by our Creator. Our Founders understood that fact because the common law when our Country began recognized that ‘Life is the immediate gift of God, a right inherent by nature in every individual.’ The people of Oklahoma and every other state should be able to recognize that the right to life for every person, born and unborn, begins at conception.”

Judge Moore and the Foundation for Moral Law, a national pro-life, religious-liberties firm that leads Personhood Alabama, along with The Adoption Law Firm (TALF), an Alabama nonprofit orphan-care and adoption firm, argued in its brief that the Oklahoma personhood initiative was a constitutionally-sound approach to granting equal protection of the law to preborn children. Indeed, the Supreme Court in Roe v. Wade even acknowledged,

“If this suggestion of personhood [of the unborn] is established, the appellant’s [Roe’s] case, of course, collapses, for the fetus’ right to life would then be guaranteed specifically by the [14th] Amendment.”

Roe v. Wade, 410 U.S. 113, 156-157 (1973). Today, many states including Alabama protect the preborn through fetal homicide laws and chemical endangerment laws that protect children (when in the womb or not) from exposure to controlled substances. Finally, the Holy Bible recognizes the personhood of the preborn child. The Foundation and TALF urged the Supreme Court to hear this important case and to permit the people of Oklahoma to protect their preborn children equally under the law.

“State personhood laws like the one proposed in Oklahoma are cutting-edge efforts to affirm the value of all human life against all threats against it,” said Ben DuPré, the director of Personhood Alabama (which endorses a personhood amendment in Alabama) and an attorney with the Foundation for Moral Law. “If a person’s a person no matter how small, then abortion procedures and drugs, embryonic stem-cell destruction and lethal cloning all must go. It’s what makes personhood measures proposed in Oklahoma, here in Alabama, and many other states so comprehensively pro-life–and so hated by the pro-abortion industry.”

“The preborn child abandoned to the horrors of abortion is as much an orphan as those children left to themselves by the death or neglect of their parents,” said Sam McLure of The Adoption Law Firm. “The personhood amendment proposed in Oklahoma gives the state the authority to protect pre-birth orphans from having their lives intentionally taken without just cause.”

The Foundation for Moral Law, a national non-profit legal organization located in Montgomery, Alabama, is dedicated to restoring the knowledge of God in law and government through litigation and education relating to moral issues and religious liberty cases. Personhood Alabama, a joint project of the Foundation and Personhood USA, seeks to provide equal protection to unborn children by defining them as persons under the laws of Alabama.

The Adoption Law Firm is a non-profit law center based in Montgomery, Alabama, promoting a culture of orphan-care and providing excellent legal services to effectuate ethical adoptions.

Previous Post: « Basics of Alabama Adoption Law: Location and Timing of Filing
Next Post: Together for Adoption, America World Adoption, and Lifesong for Orphans »