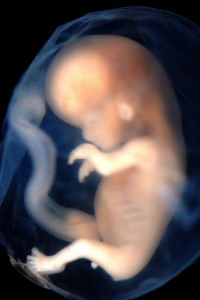 Adoption has traditionally been thought of as a process in which an adult couple becomes the parents of an already born child. However, with the amazing developments in science and the process of in vitro fertilization, state law is catching up with technology and passing laws allowing for the adoption of frozen embryos. In 2009 Georgia was the first state in the nation to pass a law addressing embryo adoption.

Georgia Code 19-8-41, referred to as the Option of Adoption Act , allows the legal custodian of a human embryo to transfer their rights the embryo through a written contract. Once the parties enter into the contract, any child resulting from the embryo is considered a child of the intended parents.

Perhaps the best part of this law is its provision for the judge to issue an expedited order of adoption before the child is born.  This was not allowed in Georgia before the creation of the Option of Adoption Act.

Chris is a graduate of Faulkner University’s Thomas Goode Jones School of Law in Montgomery Alabama; with an expected bar admittance date of October, 2012. He and his wife Kayla reside in Tucker Georgia and attend First Baptist Atlanta.