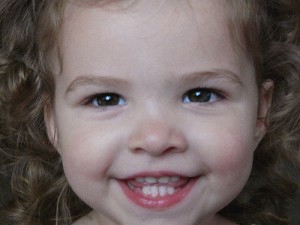 Have you ever watched ESPN or kept up with college athletics and thought that sportsmanship, decency and honor have disappeared from today’s teams? I know I have. As an avid fan of college football I have been disappointed with the scandals that have emerged over the past couple years. Many coaches it seems have chosen to put their personal careers over the well-being of their teams or society in general. But in the midst of reading of the now infamous Penn State scandal involving a coach who is alleged to have used his position of authority and influence to commit crimes against children, I was reminded of a far different story.

In 1999 Georgia coach Mark Richt and his wife Kathryn had two sons. However, deeply aware that true religion involves doing good to widows and orphans, the couple decided they could do more after a photograph of a child from the Ukraine came to their attention. The Richt’s flew to the Ukraine and adopted a little girl named Anya who was neglected because of Proteus Syndrome which had caused severe facial deformity.  Although the Richt’s had adopted one child, who had needs that would require extensive surgery and care, they knew they could do more and so adopted from the same orphanage as Anya a boy they named Zach.

Mark and Kathryn Richt stand in stark contrast to some of the recent scandals plaguing college football. They recognized that God had blessed them with financial resources and capabilities greater than those enjoyed by most Americans. Recognizing that Scripture calls Christians to live out their faith by doing good to the fatherless and the orphan, they used a part of what God had blessed them with to be a blessing to two children halfway around the world and in the process were blessed themselves.

So in today’s culture of scandal, abuse of power and greed which can lead us to be cynical and question whether there are any public figures out there living out true Christianity I hope you find this story refreshing. A video originally aired on ESPN in 2008 is found below.

Testimony of Mark Richt from hopefor100 on GodTube.

Chris Flowers is a third year law student at  Faulkner University’s Thomas Goode Jones School of Law.  Upon graduation, he plans to work in the Atlanta, Georgia area.  He is engaged to be married to his fiance, Kayla, in May.  Chris has the personal experience of being spiritually adopted into the family of God, as well as being physically adopted at the age of two.